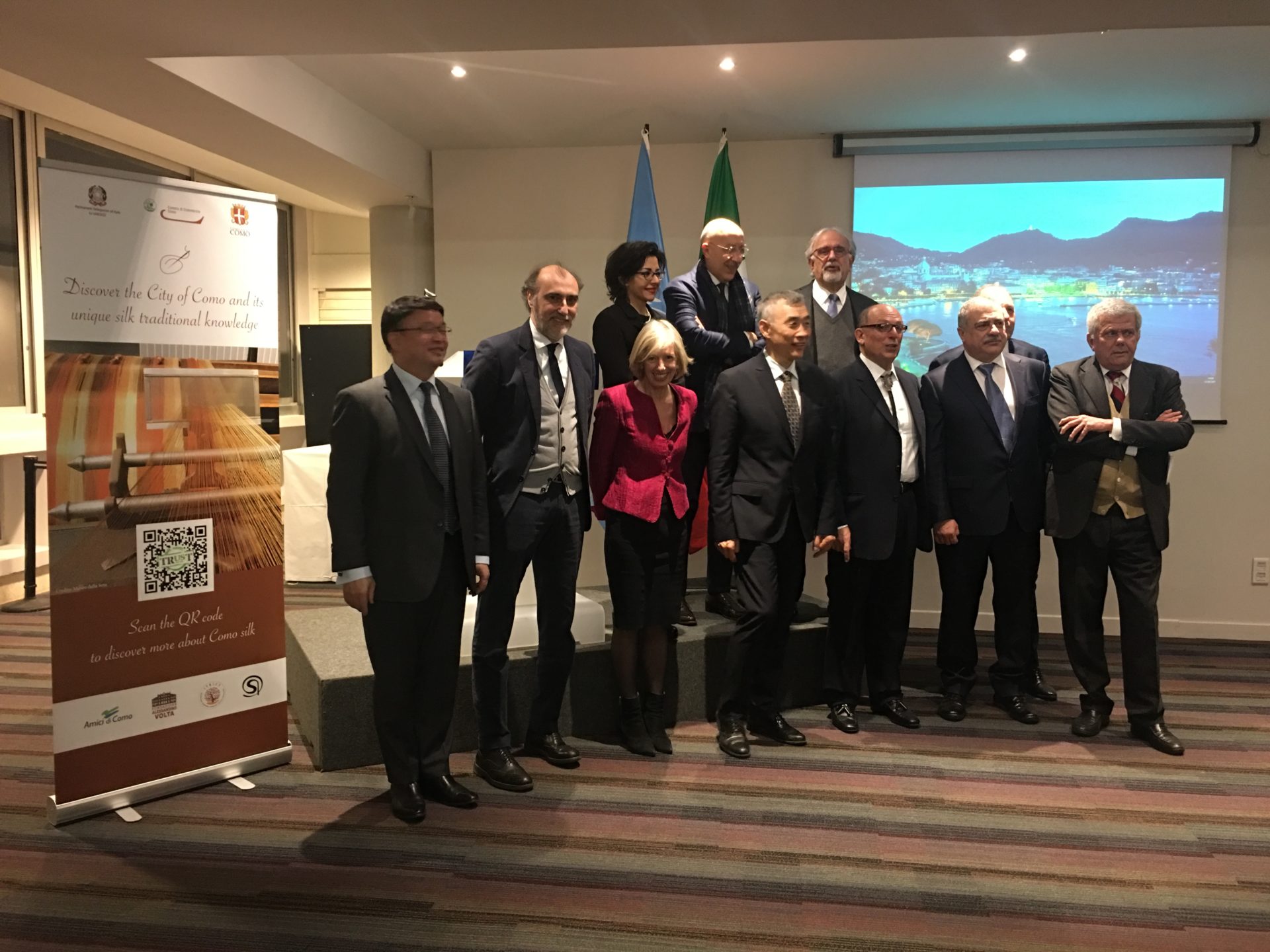 The creativity and the uniqueness of Como in the silk working was the main topic of the evening held on 13th February 2019 in Paris, in the hall of the 7th floor of the world seat of UNESCO, where for the first time there city of Como was officially received. The event – entitled “The City of Como and its unique traditional knowledge” – was promoted by the Promoting Committee “Como e Seta”, represented by the association Amici di Como, Fondazione Alessandro Volta, Ufficio Italiano Seta, International Traditional Knowledge Institute, US Chapter (ITKI US) and Unindustria Como, by the Permanent Delegation of Italy to UNESCO Paris and by the Chamber of Commerce of Como, under the patronage of the Municipality of Como. The most important personalities of UNESCO took part in the event: the vice general director, the Chinese Qu Xing, the vice director for the sector Education, the ex-minister of the public instruction Stefania Giannini and the ambassador of Italy to UNESCO Massimo Riccardo. Many ambassadors of different Countries members of UNESCO were present and shown their great appreciation and profound admiration for the ability of Como to let silk be a work of art and culture keeping the tradition and transmitting it with the technological innovation. The ambassador Massimo Riccardo hosted and stressed the excellences of Como mentioning Lake Como, Alessandro Volta, inventor of the battery and then, the silk. In the name of UNESCO the vice general director Qu Xing welcomed the ambassadors and the delegation from Como with words of appreciation for Como and the excellence of silk. Supported by the association Amici di Como and Fondazione Alessandro Volta, the delegation from Como was represented by the mayor of Como, Mario Landriscina and the president of the Chamber of Commerce, Ambrogio Taborelli; in their speeches they stressed how the silk in Como is a symbol which expresses the identity of the city and an element that unifies the textile and silk companies and also the different cultural and social realities. The founder of the chapter US of International Traditional Knowledge Institute, ITKI US, Giuseppe Biagini, explained that Como expresses a uniqueness and a creativity in the silk that represent a heritage for the human knowledge. The aspects of excellence of the silk of Como were fully described by Stefano Vitali, president of Ufficio Italiano Seta who works in the field of Sistema Moda Italia. Andrea Taborelli, instead, explained the creative and cultural function of “comON“ with its annual session for young European designers and the international research of the design in Como.
At the end, Daniel Lumera, professor, trainer, writer and lecturer famous at international level stressed how the Golden Thread of silk inspired creativity in the textile district of Como, but above all it orientated the city of Como towards the opening and the collaboration with different cultures and people coming from all over the world. In the different speeches they mentioned extraordinary realities like Setificio (Silk High School), a unique school in Italy, Fondazione Antonio Ratti with its precious fabric collections and the Museo didattico della Seta (Silk Museum), the only one in the world about all the phases of the silk working, from the silkworm breeding to manufacture and fashion. So Como is the main focus of an international event in Paris and to show the excellence of silk they projected some films and they presented a brochure and a special interactive booklet (thanks to the QR code) that illustrates the uniqueness and the creativity of the most prestigious and famous tradition of the Como territory. It came out also the deep connection between the city of Alessandro Volta and the traditional art of the silk working; a connection that the UNESCO ambassadors could see through the presentation of different projects in which the city of Como is involved and will be involved in the future. Moreover, the mayor, Mario Landriscina, the Assessor of Tourism and Culture of Como, Simona Rossotti and some of the representatives of the Promoting Committee “Como & Seta”, among them the coordinator of the association Amici di Como, Daniele Brunati and the president of Fondazione Alessandro Volta, Luca Levrini, were welcomed at the Residence of the Permanent Ambassador of Italy to UNESCO in Paris, Massimo Riccardo. To end with, the Promoting Committee “Como & Seta” also brought a bit of the territory linked to the food excellences proposing to the guests some food specialities of the Como area, in collaboration with the renowned chefs Edoardo Fumagalli, Mauro Elli, Federico Beretta and two companies Cantaluppi Tavernerio and Italian Cifa Centro Italiano Forniture Alberghiere e Ristorazione. 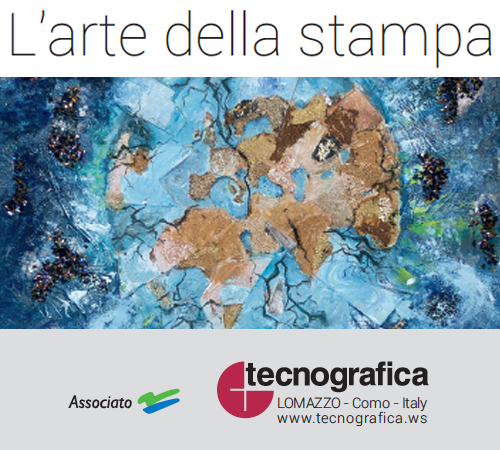