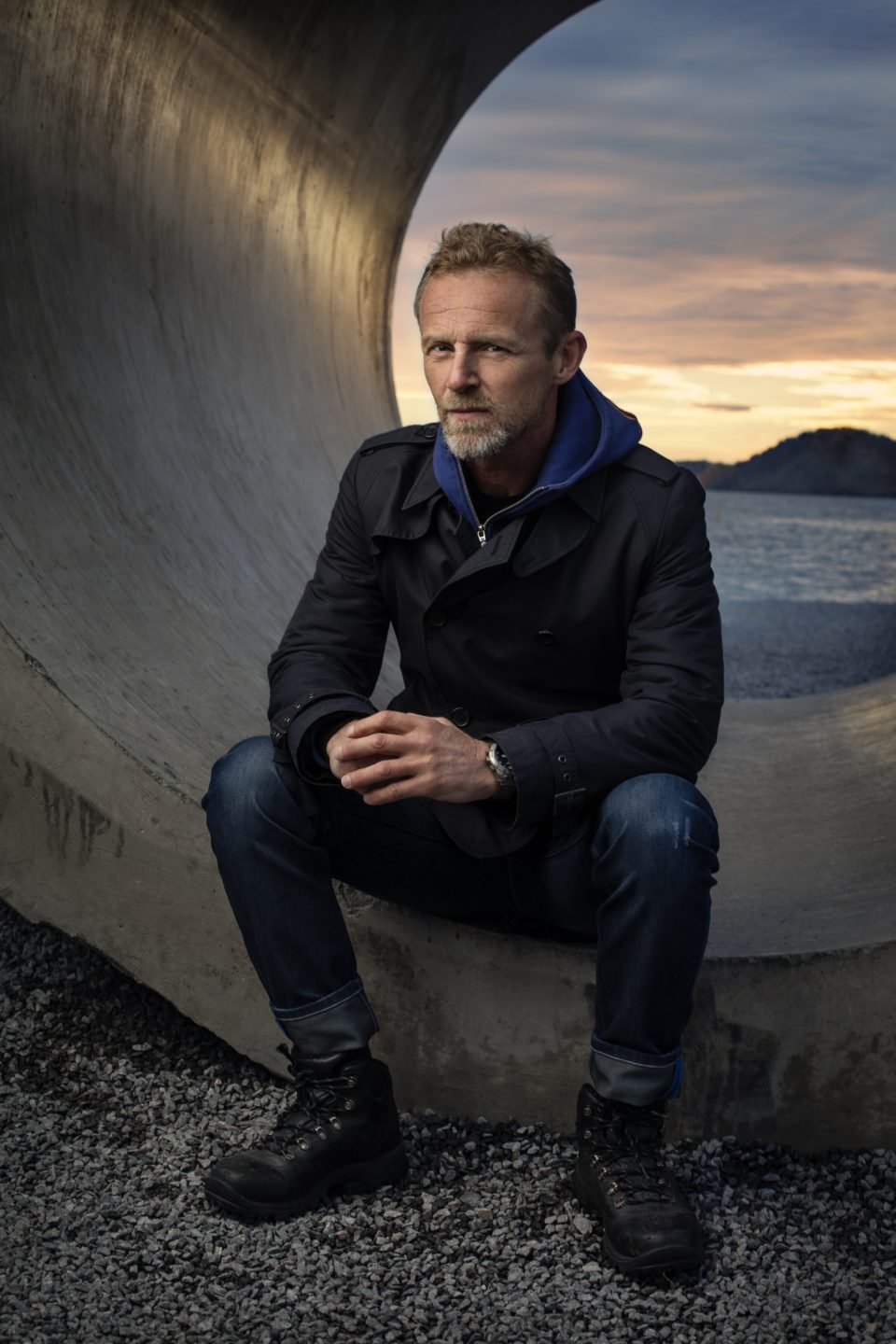 Harry Hole will be back. It was confirmed by Jo Nesbø, in the morning of December 8 2018 in Milan, where he met the journalists before he moved to Como, special guest of Noir In Festival that, in evening, awarded a prize on the stage of Teatro Social, with Raymond Chandler Award 2018. But already in the afternoon, the Norwegian writer, among the most well-known and appreciated noir authors in the world, acclaimed by critics and readers, was on the stage of the city theatre for a long chat with his colleague Carlo Lucarelli, another prestigious guest of the festival, who presented his last novel “Peccato mortale – Un’indagine del commissario De Luca”. Jo Nesbø spoke with his colleague (same age) Lucarelli about his job, he was especially focused on his last two novels “The Thrist” published last year and the most recent “Macbeth”, a book that interrupts – just for a short time – the saga dedicated to Harry Hole, the rough, alcoholized and occasionally doped policeman, with not much orthodox methods, protagonist of eleven, lucky novels that made him famous in the world.“ It is substantially a rewriting of the Shakespearean tragedy – explained Nesbø-. I have thrown away the words, because mine would never have been up to those words, but I remained faithful to the plot, to the structure of the work, act after act, scene after scene. But while Macbeth is probably the shortest work by Shakespeare, I needed 600 pages to tell my story, set in the seventies. I didn’t study literature, my inspirations have always been numerous, they come also from cinema and music. Up to now, Shakespeare for me had been a pervasive influence of second hand. In the sense that he contaminated so many writers of whom I fed to become a source of indirect inspiration. Already in the novels that had Hole as a protagonist”. About one of the main subject of his novel, the evil, Nesbø confesses: “The evil scares me, but I do not believe that the fiction writers are qualified to describe what the evil is. Is the evil when people don’t see the tragedy of refugees around the world? Is it the evil? Is the evil when people act selfish? Is it the evil? I was in a refugee camp in Congo for some time and I clearly remember the story of a father with seven children who returned to the village with a child picked up by the riverbank, with no one, abandoned to his destiny. He brought him in his family, where he already had many children to feed, creating a disruptive situation of uneasiness. For some people this could be the evil. The evil is not necessarily an active condition, it can be also a passive condition. The evil is the absence of humanity, the evil is like the cold. It is the absence of something, the absence of the good. In my books I speak about the evil, even though I would specify that there are more killed or mutilated persons in the novels of Scandinavian writers than in the entire region in the last 50 years. Because it has to be told, even though it becomes a literary expedient. As in the last novel, where the fundamental themes are three: drug, criminality and corruption. The last one is the most devastating, it is like a disease, like a cancer that spreads in the entire body, it becomes a single thing with the society. It is hard to defeat it, but it is possible”. Regarding the Chandler Award to the career, “I don’t like to take stock now, to look back – he says – I prefer to go ahead, I have so many things still to do. On my way to Italy, on a rather turbulent flight from Frankfurt, my daughter asked me if I was afraid. I am not afraid of dying, I answered. I am afraid of not writing the next ten novel”.